FREE SHIPPING on all orders to the contiguous United States!

We manufacture our boards at the Marko Foam factory in Salt Lake City, Utah and have a distribution point in Huntington Beach, California. This allows us to have full control over our boards and guarantee they are made with the highest quality materials.

Made with 100% Recyclable Materials

We make our boards in a sustainable way with recyclable materials. If you’d like to learn more please check out our Board Recycling Loyalty Program.

Our boards are made as a solid piece of copolymer foam that is completely waterproof. This makes for a very durable board that if dinged won’t absorb water and is nearly impossible to break!

Our stringer system is custom made for each board out of the same wood used in surfboards. They are molded into the board to add stiffness and strength while helping increase the performance!

Our EVA deckpad has small grooves making for a slip free surface making wax unnecessary. This allows you to keep your board in the car without the mess of melting wax or on the beach without getting sand stuck in the wax on the deck of the board!. Perfect for beginners while not taking away from the maneuverability that makes it a blast for experienced surfers, the 7'10" DOHO will make you the envy of everyone in the lineup! the Futures Fins 2 + 1 Fin setup is a game changer, with a 10" center fin box and two side bite fins you are free to customize your fin setup as you wish. Made with Formula Fun technology this is not just another foamie, its a must add to any surfers quiver. The 2+1 fin setup includes a 9” performance fin for increased maneuverability as well as a pair of SB1 side bite fins from Futures Fins to add stability to the board if needed. 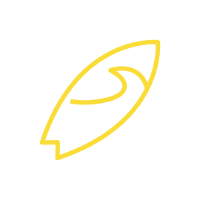 We moved away from the traditional soft top construction you’ve seen for decades and created an American-made soft top that doesn’t take any days off from performance. For years, soft tops have been made with poor quality, toxic and non-recyclable materials and we’ve combatted that by creating a mix of classic, timeless designs with new-age engineering and materials made for high-performance soft board surfing. 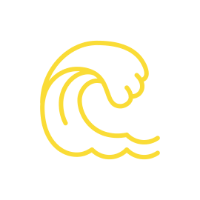 The Formula Fun construction creates a fast, dynamic, and highly reactive surfboard that’s been engineered for everyday surfing ranging from beginner to advanced levels. The board’s lightweight and buoyant qualities allow the surfer to paddle into almost any wave size. 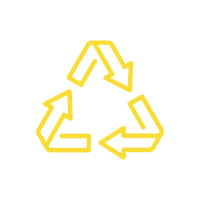 We’ve also teamed up with Marko Foam and designed everything with the environment in mind. The entire board is recyclable so mail it in or drop it off at our Huntington Beach, CA HQ for $50 credit towards your next board. For more details visit our Recycling Loyalty Program page. Thank you for submitting a review!

Your input is very much appreciated. Share it with your friends so they can enjoy it too!

My husband got me this as my first board and I love it! Plenty of float and easy to paddle. The handhold is great for carrying it down the beach. Recommend for anybody!

I’ll give you a true honest review from an above average but true intermediate surfer. As far as foamies go, this is the best one that I’ve used. I have 3 young kids so we’ve gone through wavestorms, catch surf boards, and wave bandits. The wavestorms are just garbage, so let’s move on…compared to the catch surf boards, the DOHO is light years ahead as far as performance goes. I upgraded the fin and went shorter to a 7 inch for the 2+1 and an 8 inch as a single fin. The board is responsive. It almost snaps back when you make a turn as opposed to other foamies that are just dead foam. The board has some flex and much truer rails allowing you to surf and not just float. I usually ride short boards and coming on this I def dug the rail a few times before I realized that I didn’t have to push that hard to get the board to move onto the face of the wave. I took the board out in chest to head high hurricane leftover condition and it performed ok. Def better then any other foamies would have but I felt like I needed a bit more drive. I adjusted the center fin and it did make a difference but I still felt like the head high range is where this board maxes out. On the low end, I surfed this board in 1-2 foot gutless beach break with my kids and it was great and this is truly what I bought the board for. I was able to turn and get the board in position even on really small rideable waves. Floated me and my 5yo together which was also great bc she only surfs when I can stabilize the board from the back, hanging off and being dragged, lol. Final review. I went 4 out of 5 stars and that’s on the weight. The board is heavy and is a bit heavier when it gets wet making it a tough carry. Thanks for the handle, it really does help. I would say, if you are coming off a boxy foamie and progressing as a newer surfer, this board would be great and really help in the development of riding on the face of waves. If you are an experienced surfer who regularly rides shorties and you want something to have fun on and surf when the waves are not great, this board is great. If you want a foamie for kids, this board is as good as any to get them going and the fin options will allow them to play around as they get better also. Get on it, get a FF DOHO.

Floats like a much larger board, legit fins and boxes hold, and it is surprisingly nimble.

United States
We love this board!

So far, it’s been a fantastic purchase! It’s light enough for our 11 year old to handle on his own, the handle in the middle is terrific, and we are so excited that it will “grow” with his skills. It’s also long enough for his mom to use - a true bonus!